TO THE BOYS WE LOVED

Fun fact. An octopus has three hearts. So much for heartbreak!

We end our month of love with tales of girls getting their hearts broken.

I believe that what doesn’t kill you makes you stronger and sometimes that’s all you get.

At this point  I’ve leveled up from strong to immortal.

On a chilly day, hello’s leads to a cup of tea. I’m not a photographer but I picture us together.

He doesn’t believe in love at first sight so I provide additional sights in full regalia of a daughter of the most high☘️. Self respect exits the chat.

Back to chitchat and I’m asked out.

Let me tell you Maina, I cleaned my bedroom that day for unrelated reasons of course. He suggests a few places. I act my wage and chose a place I can afford. We agree on a date in a fortnight.

Fast forward, my betrothed *texts* on the eve of the date, “I’ll not have the energy to see you tomorrow”. VERBATIM!

Hence, I identify as a television. That needs energy to be seen by my betrothed, the power plant, the almighty Mitochondria. It’d have been funny if you were keen in science classes.

No hard feelings because I understand that everyone has their person. It’s okay if it’s they don’t choose me

Might end in premium tears but will you die?

I’m going where love is reciprocated and not rushing it

I plan to get her a watch so she masters the concept of time and hopefully in future, she won’t show up forty five minutes late to a date. (I am still sorry, David). Maybe, just maybe, she will not only be able to wrap her head around time, but also understand better the concept of love.

If love is the theme, then three hundred and fifty words would just be the excerpt of the article.

That’s what I thought when the Backbenchas approached me asking for a piece with three hundred and fifty words. The word count at the bottom of my screen now reads one hundred and thirty.

You get my point? I am a storyteller. I have a relationship with paragraphs and an affair with words.

Failed pursuits are not really common with women, since the society is socialized to believe that the guy at all times has to make the first move. Which is quite unfortunate, because it means that men choose us first before we choose them.

Mine is a tale of unrequited love.

Of all the people I could choose, my heart decided on a boy who didn’t have enough room in his heart to even see that my pupils dilated whenever he looked in my direction or turned to borrow an eraser.

Wayne’s anatomy from the back of his school shorts was a perfect symmetry.

He had a pleasing face and a pair of dewy eyes I thought looked really attractive. A smile would often ripple on his lips, one would think that the oracle had told him that he was the chosen one. His hair would flutter in the wind and no horse would hold a candle to his mane.

I thought I really loved him.

Since I was class prefect, he would find favor in my eyes so much that his name would never appear on the noise maker’s list.

Albeit being as noisy as they come. His desk mate on the other hand had it rough; they would both be making noise, but only one of them would appear in the list. All is fair in love and war.

In that year, Valentines came on a Sunday, a day before he had gone to see the optician and a great opportunity to write a note to him, opening up about the feelings I thought were love and leave it in his desk.

My then best friend, had a really nice pen that the class would borrow for purposes of calligraphy. I made my way to her locker for it since everyone was either in the field or doing the laundry.

Soon as I opened the wooden locker, I noticed a very conspicuous note put on top of her English exercise book.

It read; to my love, Lynn. Being the curious damsel that I was, I hastily opened the letter to see what was written in it.

I imagine I would get tips on how to write to my prince charming.

I don’t sleep at night

Cause I’m thinking of you

Alone with my thoughts

Trapped in this classroom

Know I’d give the world

Just to see you again

But I was a fool to think

You were in love

So roses are red

It’s all in my head

No matter what I do.

For a second, I was uncertain what Wayne signing off meant. Technically, my valentine was eyeing my best friend. And he had gone further and even written a whole paragraph of the roses are red poem.

(Who even knows the poem past roses are red?) These are things and events that would horrify even Joe Tribbiani. I lacked the energy to proceed with my plans.

Lynn did not like him in the first place since she too, was eyeing someone else. On the flipside, I knew Wayne’s birthday, his favorite sitcom and every little detail a girl finds out about a boy she likes.

I sulked a good one. Apparently, cupid sometimes runs out of arrows and shoots one person. Not two.

PS; I am so used to writing PS notes below my articles. Now that I am doing a guest post here, it means that I don’t really have to include this subsection, but I did anyway because my article felt a little… I don’t know. Naked.

6 comments on “TO THE BOYS WE LOVED”

EACH NEIGHBOR AND A GROIN INJURY 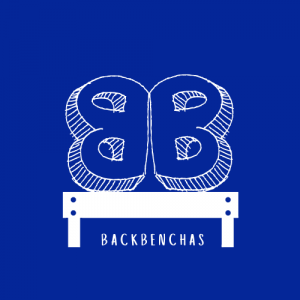